This is a book that everyone must read. Never before has the timing of a novel been so poignant as it explores the themes of migration, refugees and jingoistic nationalism. When the author Mohsin Hamid handed over the manuscript of Exit West to his publisher in March 2016, he didn’t envisage Brexit or Trump becoming president. He didn’t think that as a society we would be living through these themes to the extent that we currently are. 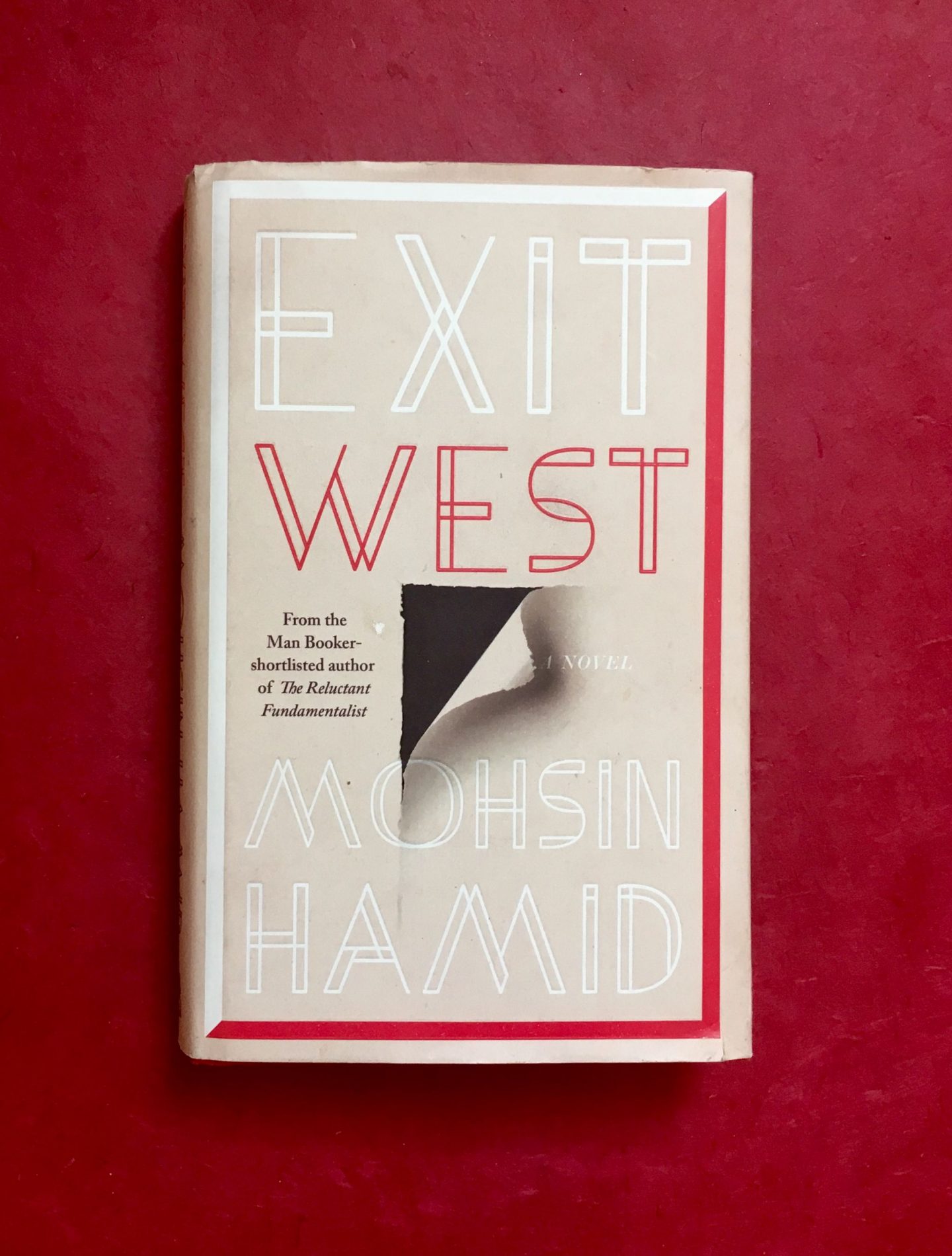 In some respects Exit West could be viewed as a simple ‘boy meets girl’ story. It focuses on Saeed and Nadia who meet at an evening class, start to date and fall in love. Saeed is sensitive and loyal; Nadia is headstrong and independent, always ‘clad from the tips of her toes to the bottom of her jugular notch in a flowing black robe’ so in her words ‘men don’t fuck with me.’

Their budding romance is very ordinary; almost banal as they meet for coffee, have dates in Chinese restaurants and continually connect through smart phones. However this simple romance is set in a city ‘teetering at the edge of the abyss’. The city is unnamed throughout the novel, it could be in Syria, Iraq, Libya; we never know.

The ‘ordinariness’ of the flourishing romance is deliberate. Hamid exposes the normality of Saeed and Nadia’s relationship against the backdrop of a society on the brink of dystopia where teenagers play football with the head of ‘a human being, with hair and a beard‘.

On the night that Saeed and Nadia first become physically intimate they share magic mushrooms; mushrooms supplied by a man with a ponytail that in a few months “would be beheaded, nape-first with a serrated knife to enhance discomfort, his headless body strung up by one ankle from an electricity pylon where it swayed legs akimbo until the shoelace his executioner used instead of rope rotted and gave way, no one daring to cut him down before that.”

Hamid chose to write Exit West in the style of an omniscient narrator, commenting that this gave him ultimate liberation to say what he wanted to. The omniscient, almost casual style contributes to the shocking tension within the novel; for example when Nadia finds out about the death of her cousin, we as the reader are privy to more detail being told that he “was blown by a truck bomb to bits, literally to bits, the largest of which, in Nadia’s cousin’s case, were a head and two-thirds of an arm.”

Eventually Saeed and Nadia have to leave their home city in order to survive and seek out one of the mysterious ‘doors’ they’ve heard rumours about that act as portals, transporting people to new countries. Although the magical doors verge on the genre of fantasy, for Hamid the doors have an emotional truth, commenting that reality is something that we have to be constantly questioning.

Saeed and Nadia never know where a door will take them. Initially they are transported to the Greek island of Mykonos where they settle in a refugee camp where “there were families with an eye on the future and gangs of young men with an eye on the vulnerable and upright folks and swindlers and those who had risked their lives to save their children and those who knew how to choke a man in the dark so he never made a sound.”

There they eventually find another door that transports them to London where they are attacked by natives; and then another one taking them to a shanty town with a view of San Francisco’s Golden Gate Bridge. 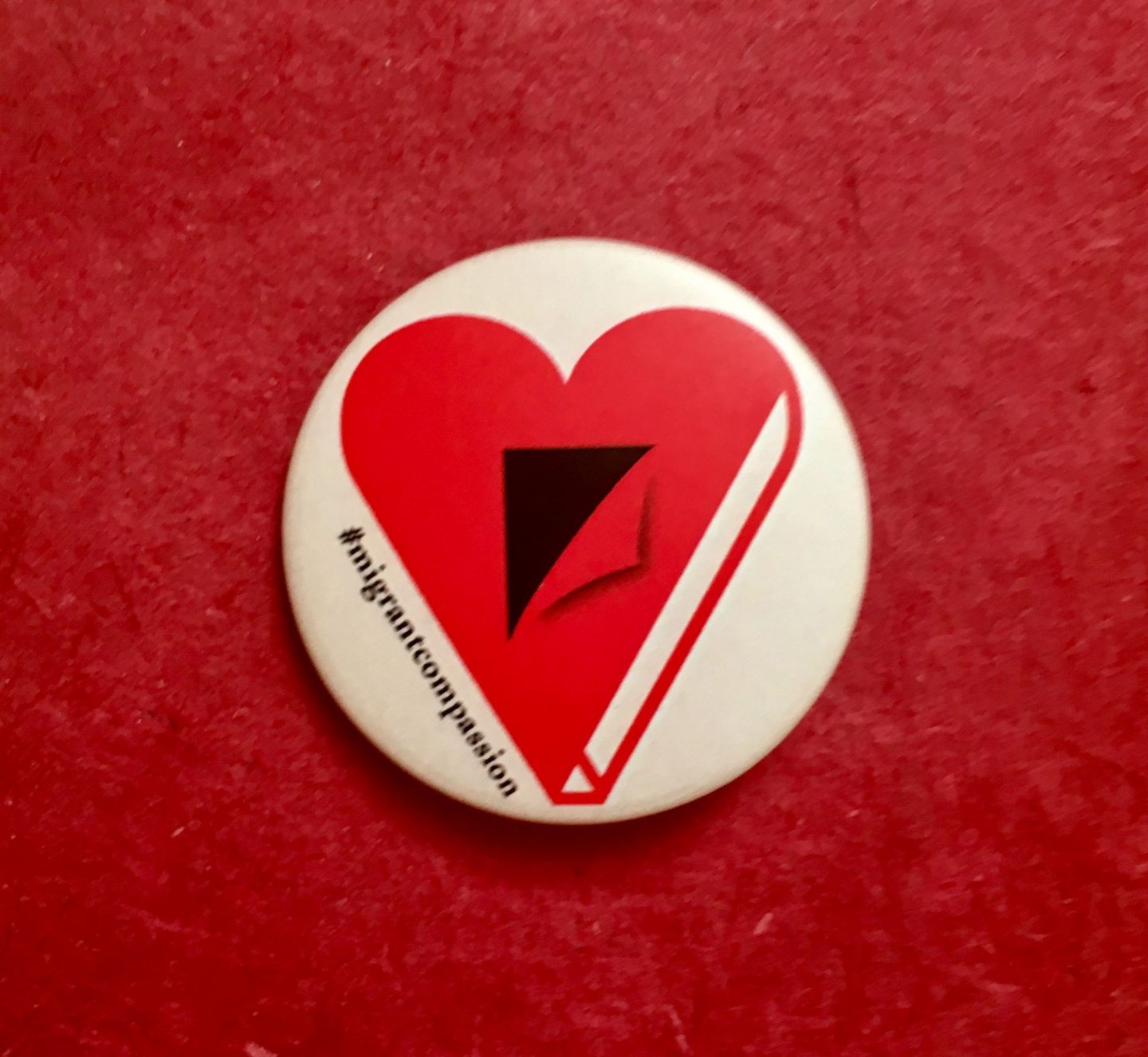 Through the symbolic use of the doors, Hamid has created a timeless fable that explores what would happen to society if a migration apocalypse happens. It exposes the human fear when confronted with migration; and also the sense of loss “When we migrate, we murder from our lives those we leave behind.” But the doors also portray hope as Hamid gives us snippets of other migrants; such as the two old men from different sides of the world who find love. Through these little snippets, we see the true and positive strength of migration.

Hamid wanted to write a book about migration all his life. Born and living on and off in Lahore, Pakistan, he spent some of his childhood and formative years living in California in the US. He has also lived in London and New York. Hamid readily admits that throughout his life he has maintained the feeling of being different, foreign.

Although there is a strong element of magical fantasy in Exit West, it is an authentic and modern day interpretation of migration. It also reminds us that essentially we are all migrants, migrating ‘through time’; which exposes our fears and sense of loss. Hence it is a novel I believe that we all must read.

Have you read Exit West? What are your thoughts? I’d be interested to know…