Maybe this is a sweeping statement (and I’m sorry if you feel so) but when people think of Jane Austen, they mostly think of Pride and Prejudice, with many people citing it as their favourite book of all time. Don’t get me wrong, I love Pride and Prejudice; however I equally love Persuasion, it really is a classic page turner!

Persuasion is the story of Anne Elliot who at the age of 19 falls in love with Frederick Wentworth. They get engaged. However Wentworth is not a good enough match for Anne’s snobby family and friends and she is persuaded to ditch him. Eight years on and now considered on the shelf at 27, Anne comes into contact with Wentworth again. He has earned his fortune and is now viewed to be an excellent catch. However has he forgiven Anne for rejecting him all these years ago? 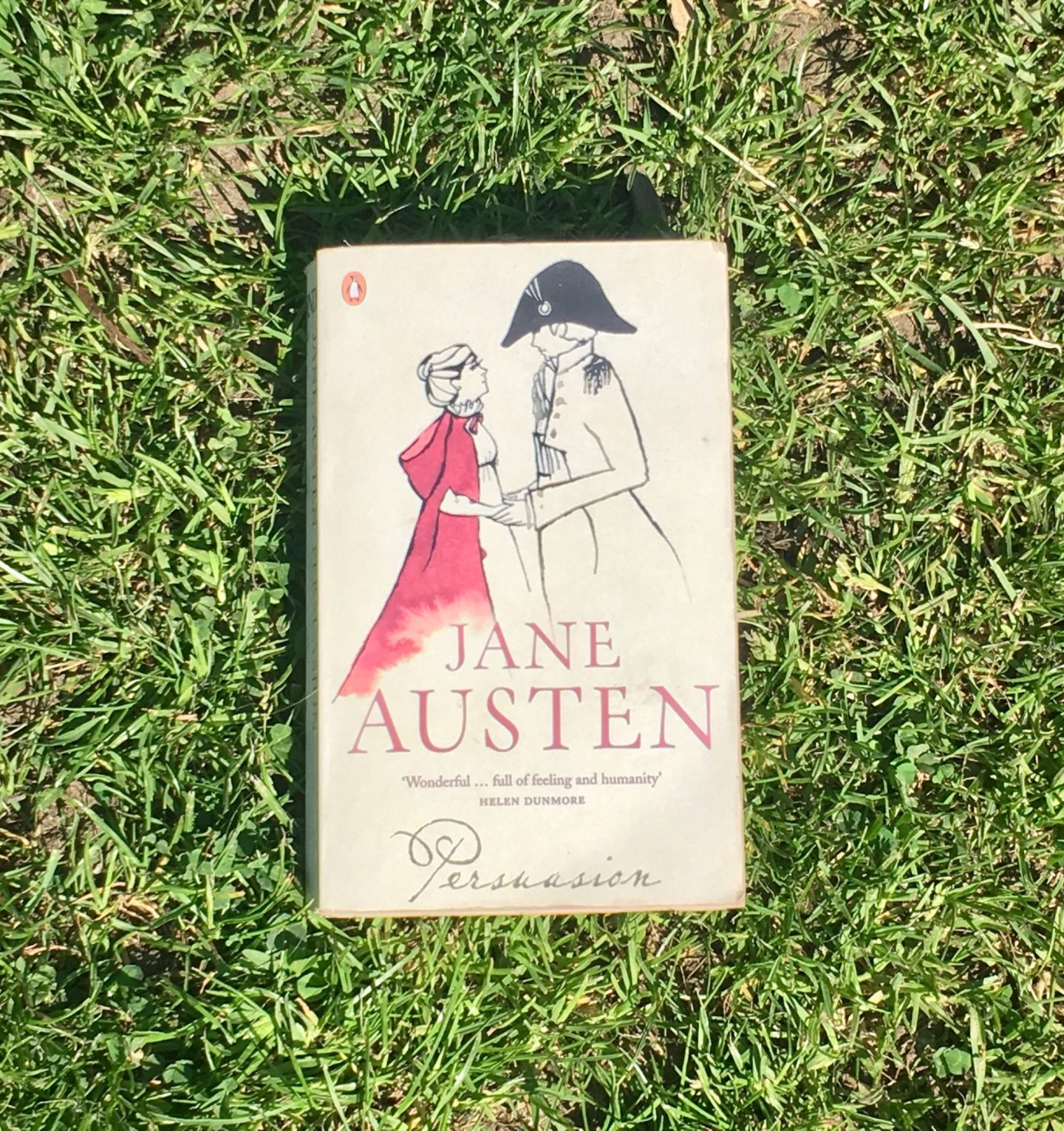 I recently reread Persuasion as I had tickets to go and see the play adaptation of it at the Royal Exchange Theatre in Manchester. Second time around, I loved this book as much as I loved it when I first read it years ago. It really is a story that tells you to go with your gut instinct and not to be influenced by other people’s pretentious views.

It’s also a story that can easily relate to modern day and this is obviously what Jeff James and James Yeatman thought as they adapted Persuasion into the modern day production that I saw last week. Just like the rest of the audience I was expecting the traditional Jane Austen adaptation, but the modern format with comedy dancing, Nicki Minaj music and even what could be interpreted as a foam party really worked. It was refreshing and very funny with some brilliant laugh out loud moments.

I know my blog is about books, but on this occasion I also want to post about Persuasion at the Royal Exchange Theatre as it really is brilliant. It’s getting fantastic reviews in the media and I can see why. We went to see it three nights after the horrendous attack in Manchester; we were slightly uneasy about going but I’m so glad we did as it provided some light relief to what is a horrible and sad time in Manchester.

Persuasion is on at the Royal Exchange until 24 June and if you can, I would really urge you to go and see it. It’s just as brilliant as the book!