I was sent a copy My DisOrganised Life to read and review which I was excited about as the title sparked my interest. I have to admit though, when I started reading it I was a tad worried as it’s based around the ditsy Eve Poots, fresh out of uni and in her early 20s. Yes I can relate to being ditsy (very much so actually) but it’s been a while since I’ve left uni and aged 20 or so.

However a few pages in I completely forgot my doubts as I was laughing out loud at the comedy situations Eve finds herself in.

Eve is obsessed with making lists (something I think many of us can relate to) and on a lonely New Year’s Eve she makes a list with life changing aims. These include moving out of 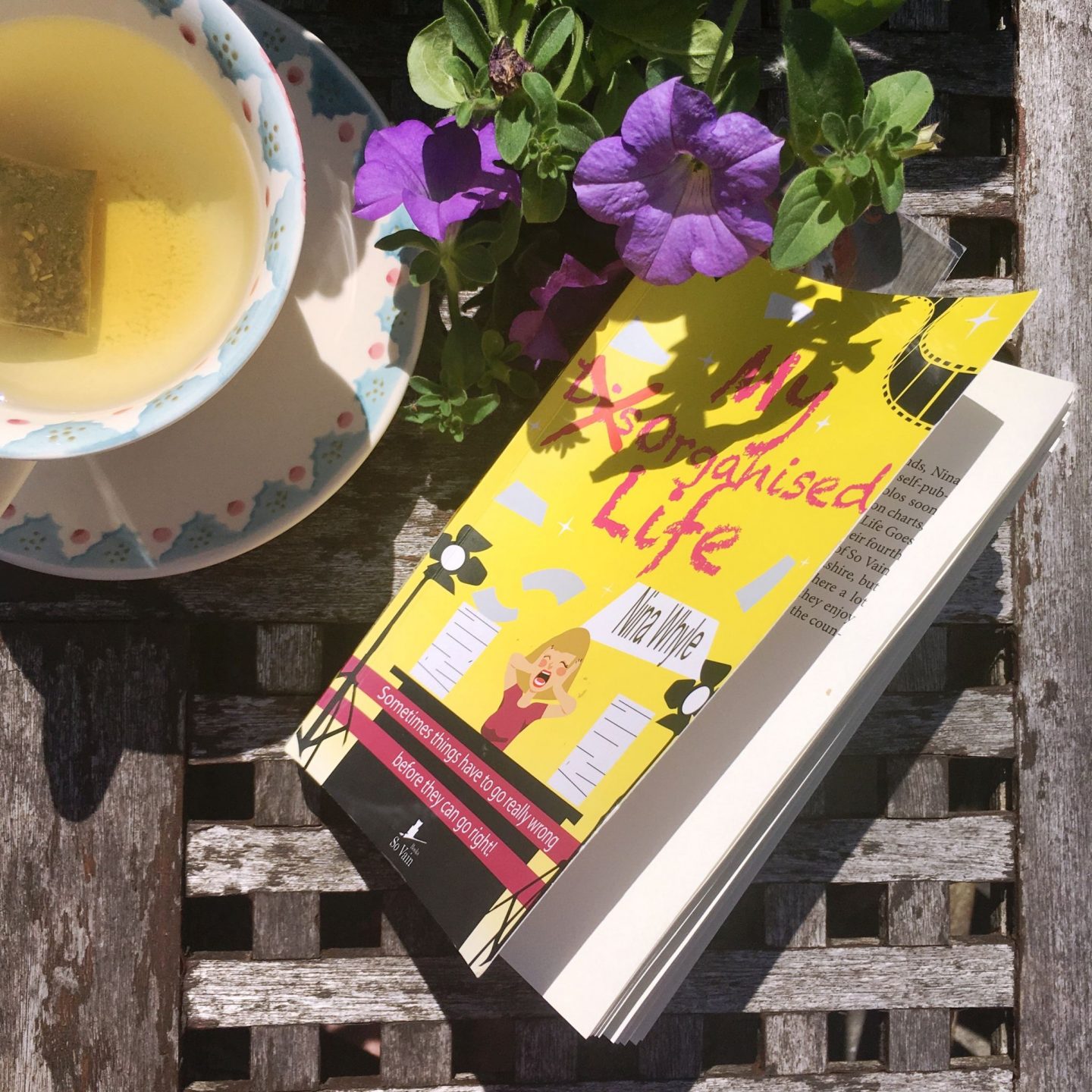 her parents house and becoming a TV producer. Six months down the line Eve is well on her way to achieving her aims as she’s now living with Adam, her trainee doctor boyfriend and is working at Lookback TV as an assistant.

At work she’s involved in the production of a new reality TV show in which engaged couples have to compete against each other. Everything seems to be going along fine until there’s a mix up and Eve gets the blame. To save the day, she’s persuaded to take part as a contestant in the show along with Adam. The only problem is, Adam hasn’t proposed and they’ve only been a couple for a few months.

This leads to a series of comedy mishaps and adventures for Eve, including her seeking help from Gudrun, a sex therapist. I have to say I absolutely loved the chapters with Gudrun and her ‘European-ish’ accent; brilliant and very funny. I just wish Gudrun was in the book more.

My DisOrganised Life is a light easy read which I thoroughly enjoyed. It is fluffy and predictable but sometimes that is just what you want from a book. It is maybe a tad long with probably a bit too much unnecessary detail when it comes to the making of the reality TV show. For example I kept getting confused with the contestants and wasn’t massively interested in them (but then, I’m not a fan of reality TV). But I still loved the book and found that when I had finished it I was missing Eve and her antics.

My DisOrganised Life is written by Nina Whyle, an author I’d never heard of before being approached to read this book. However Nina Whyle is not one person, rather they are writing partners and best friends Nina Bowden and Clare Whyle.  This really intrigues me as to how they go about their writing process. I genuinely don’t know but whatever they do, it works.

Therefore if you want something easy to read and a good giggle, then grab a copy of My DisOrganised Life.

Thank you Nina Whyle for sending me a copy, I’ll definitely be reading more from you.