So my fellow book groupies and I met the other night (over a few wines) for book group in which we discussed and reviewed the first book in the DCI Ryan Mystery series Holy Island.

This is the debut novel by L.J Ross which topped the UK Kindle chart at #1 in May 2015, knocking Paula Hawkins The Girl on the Train off the number one spot.

I read Holy Island over a weekend a few weeks ago and loved it. It’s got everything you could want in a good page turner; mystery, drama, romance and a bit of humour. Yes, it’s cheesy but it works.

The novel is set on the Holy Island of Lindisfarne, a real island in Northumbria cut off from the English mainland by a tidal causeway. The novel opens with the murder of a local girl a few days before Christmas. The body is found amongst ancient ruins and seems to have been ‘arranged’ to represent some sort of pagan ritual.

On extended leave from work due to a previous murder case that was especially traumatic, Detective Chief Inspector Ryan has settled on Lindisfarne to basically escape from life. However this comes to a stop when he realises it is his duty to investigate the murder. 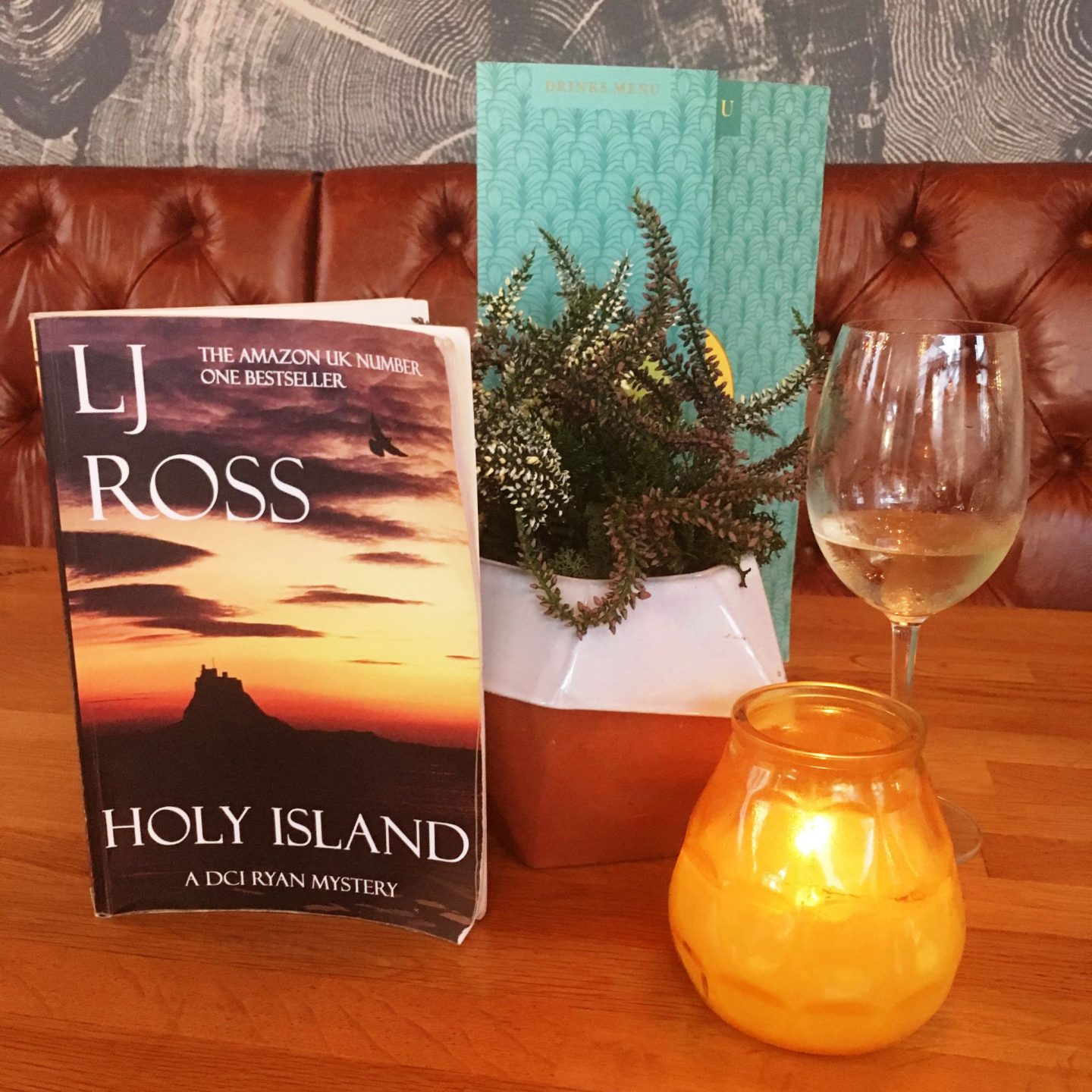 Things become even more complicated for Ryan when Dr Anna Taylor is brought in to assist in the investigation as a police consultant. Tension exists between these two central characters as they grudgingly work together to try to solve the murder, all the while fighting their attraction to each other. To add to this, Anna who is originally from Lindisfarne, is struggling to be back on the island as she is haunted by difficult memories.

Holy Island is fast paced, starting on the night of 20th December with the murder and ending on Christmas Day. Within that short time a lot happens including more murders, an insight into lives of the island’s locals and the historic rituals of the small community.

As I mentioned earlier, I loved Holy Island. So much so I have bought more in the DCI Ryan Mystery series and can’t wait to read them. Also it has made me curious about Lindisfarne. Even though it is the setting for a murder mystery, L.J Ross portrayed the island beautifully making me really want to go for a visit. I’ve even suggested to my fellow book groupies that we go there for a book group weekend away…

It wasn’t just me that loved Holy Island, the other book groupies did too. So if you’re looking for a whodunnit easy read with a bit of cheese to take on your holidays, then this is it.

Enjoy and happy reading everyone!