I’m a sucker for a bit of romance. I also love historic fiction, so when I got an advance copy of The Secret of the India Orchid I was intrigued to read it. To add to this the book’s description told of mystery and murder plots. My curiosity was further ignited.

Anthony Blake is the Earl of Wilshire. He also happens to be a former spy for the Crown. Happily looking towards his future, Anthony is on the brink of proposing to Sophia Elliott, the love of his life. However his past catches up with him as he is informed of a stolen document that if it gets into the wrong hands will put him in serious danger and all of those close to him including Sophia. Anthony suddenly cuts all ties with Sophia and ventures on a mission to salvage the stolen document. 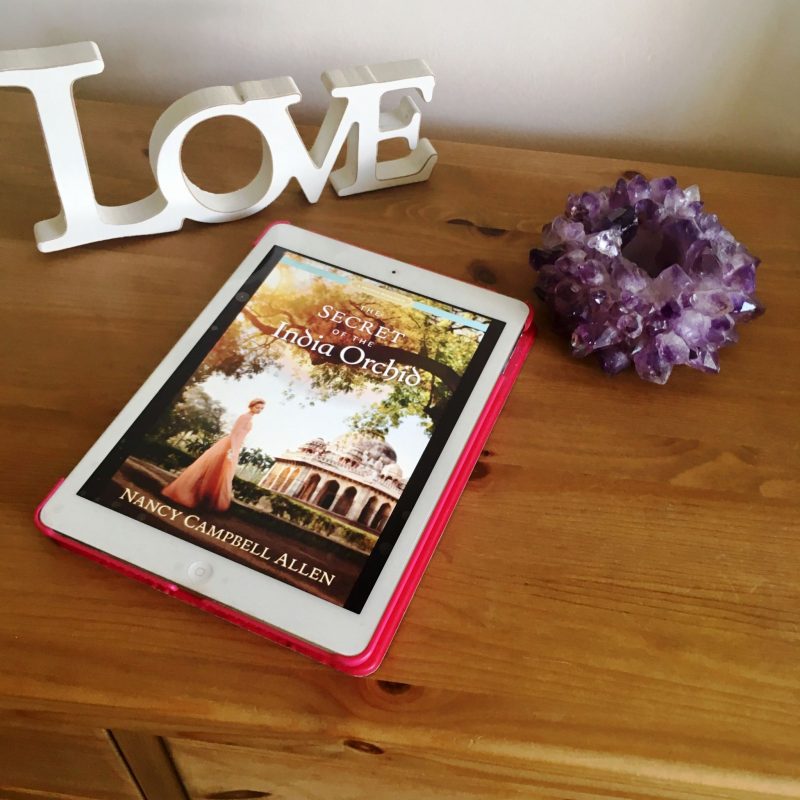 Time passes and in the hope of getting over Anthony Sophia travels to India. However what a coincidence that Anthony also happens to be in India (not!). This was just the first of many clichés provided by the story. Once poor and a lady’s maid, Sophia is now one of the most sought after young women in English society. She is also beautiful, vocal and a bit of a dare devil.  As well as being a spy, Anthony is dashing and handsome.

If I’m honest my description of The Secret of the India Orchid is James Bond meets Downton Abbey on acid!

Throughout I found the novel far-fetched, even farcical at times. It also had some very annoying aspects; for example it is set some time when the British East India Company ruled over India (according to Wikipedia from 1757 to 1858). Yet we are never told exactly when. The fact that we are never informed when in the 101 years’ time span the book is set really annoyed me. Also at key times in the book I felt that the plot gets lost and is hard to follow.

However to a certain extent The Secret of the Indian Orchid still drew me in and I was happy to finish it. It no literary masterpiece and is very cheesy; but maybe a bit of cheese is just what you’re looking for in a book. Even so, this is the first time I have read anything by Nancy Campbell Allen and although I’m glad I’ve read, I don’t think I’ll be grabbing any of her other books in a hurry.

Thank you to NetGalley and Shadow Mountain Publishing for sending me an advanced review copy in exchange for my honest review.

Publication date of The Secret of the India Orchid: 1 August 2017