Everyone has been raving about Sarah Winman’s latest novel Tin Man and with very good reason – it is brilliant! I read this book on holiday and it made me cry on the beach (I just hope no one saw). In fact I’ve just been flicking through my copy and rereading some bits and it’s made my cry all over again!  This book is brimming with beauty and empathy; it really is worth reading.

Tin Man starts when Dora wins a raffle and instead of choosing a bottle of whisky as her prize which her husband tells her to do, she chooses a reproduction of Van Gogh’s famous painting Sunflowers: “It was her first act of defiance. Like cutting off an ear. And she’d made it in public.” 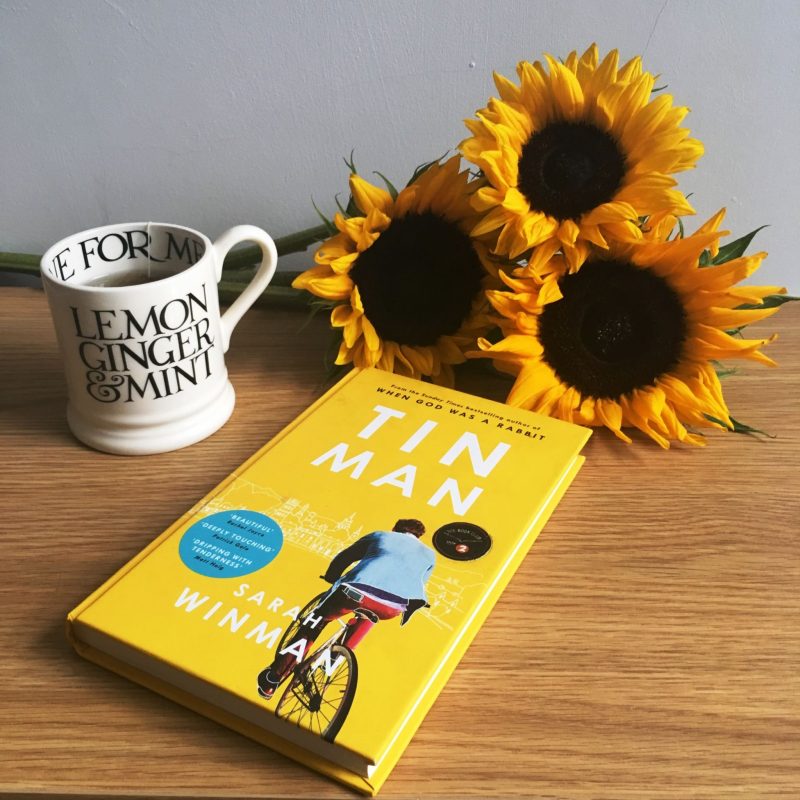 Tin Man is the story of Dora’s son Ellis and his childhood friend Michael. This friendship grows into something more; a barely acknowledged love affair. Throughout the novel this affair remains a secret. In a sense Ellis even keeps the knowledge of the affair from himself; not because he is confused by his sexuality but because of the shame projected on him from his bullying father.

The first half of the novel belongs to Ellis. He is a ‘tinny’ working in a car plant, mid 40s and a widower. He was married to Annie who died five years previously. Yet she pervades the novel as a benevolent force. As Ellis recalls his childhood, his ‘friendship’ with Michael and his marriage to Annie, his loneliness radiates from the pages. It really is that poignant.

The second part of the novel comes from Michael’s point of view and it is Michael’s story that really had me in tears. Again the loneliness is palpable as we the reader find out about Michael’s life, his loss and the harsh realisations he is forced to face. This is enhanced by the subtlety in Sarah Winman’s writing which is so powerful with descriptions such as “London was Donna Summer and vodka” and “loneliness masquerading as sexual desire.”

I have read a previous novel of Winman’s, When God Was a Rabbit (which I thought was quirky and really good), but crikey Tin Man surpasses When God Was a Rabbit by far. This latest novel is one of the best books I have read this year. It stirred so many emotions in me and really brought home to me the prejudices, tragedies and isolation that many people in our society have been forced to face.

Another plus about Tin Man is that it is a relatively short book (only 195 pages) so if you’re short of time but want to immerse yourself in a truly touching story, then read this book. You won’t be disappointed.