I was really excited to automatically be sent an advanced review copy of Amanda Prowse’s latest book The Art of Hiding as I’d never read anything of hers before but had heard great things about her books. Also the story sounded compelling and moving; and as I was due to go on holiday I thought this would be an ideal read for the beach.

The Art of Hiding focuses on Nina who seems to have it all; happily married to Finn with two young boys, a big house and no money worries whatsoever. However this all comes crumbling down when Finn is suddenly killed in a car crash. As well as having to deal with the traumatic death of her husband, Nina discovers that Finn has left a gross amount of debt which she is now responsible for. The house is repossessed and she finds herself having to uproot her children and move back to the ‘rundown Southampton suburb‘ that she grew up in. 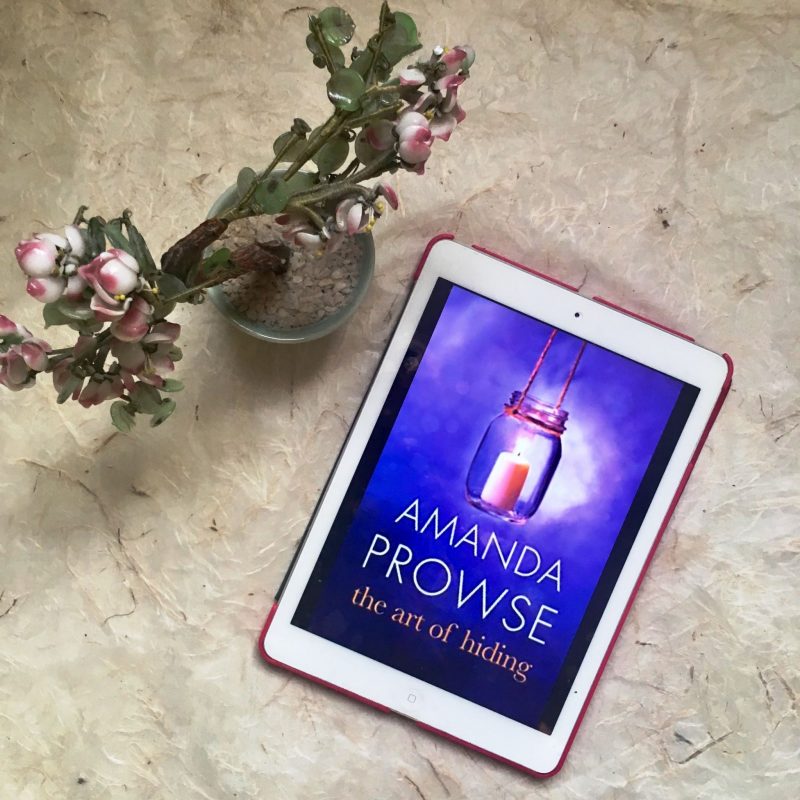 I genuinely thought I’d be crying over this book, especially as it has been getting great reviews on GoodReads, but for me it just didn’t work. I soon got bored with it, finding it flat, unconvincing and if I’m honest a tad offensive and derogatory. Let me just explain this further…

In the opening chapters when Nina appears to have a very affluent life, I felt that having no money is portrayed a bit like a disease which I personally found very uncomfortable:

She still felt that the poverty in which she had been raised marked her in some way, formed a grime that still sat on her skin, clung to her clothes and hung around her in a way that gave off noxious fumes perceptible to the more fortunate.

Nina for me was a bland character, one-dimensional with no real depth. I struggled to sympathise with her as to me she appeared to easily cast off her ‘poor’ family when she was living her comfortable lifestyle; yet as soon as she was ‘poor’ again, the characters that had money in this book were portrayed as bad. This I felt was unfair and real life is just not that black and white. I’m sure that Amanda Prowse was trying to convey the moral message of not judging people by their material worth, but in my view she communicated this message unfairly and unrealistically. Also the ‘poverty’ that she wrote about was rugby dinners and easily finding assistant managerial jobs.

For me, this book was also full of clichés, which just added to my boredom.

As I say, Amanda Prowse’s novels are really liked by many people, so you may enjoy this book. But for me, it just didn’t work. Sorry! 🙁

Thank you to NetGalley and Lake Union Publishing for sending me an advanced review copy in exchange for an honest review.