Last week I was lucky enough to be invited to the Manchester leg of the New Voices 2018 book tour hosted by Headline Publishing Group – and believe me, there are really exciting titles coming out over the next few months. So watch this space as I have got the advanced review copies which I can’t wait to read. 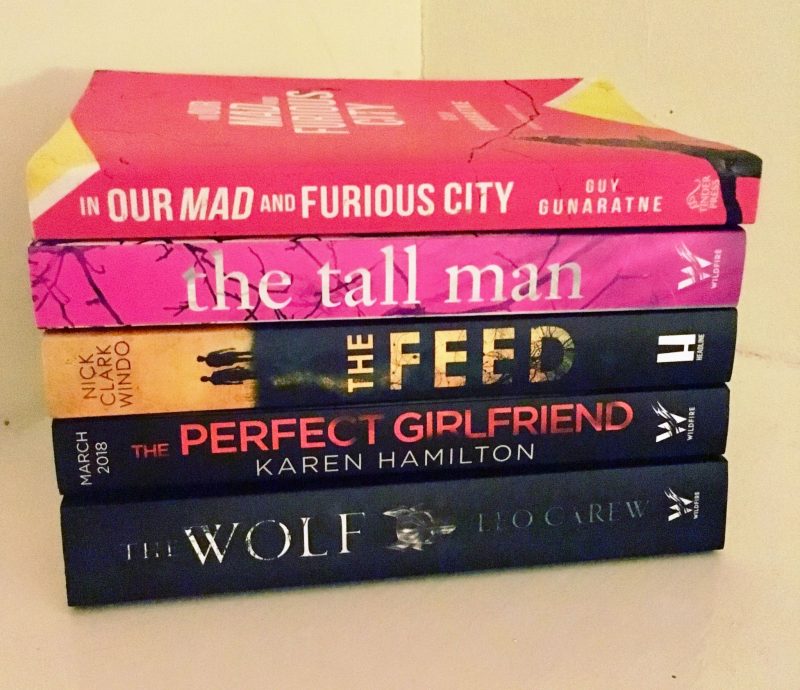 The first of these titles is The Feed by Nick Clark Windo. Published a couple of days ago (25 January 2018) I have already read this and it messed with my head. Why? Because it is a post apocalypse drama that I can envisage happening.

This is a book that is so close to the bone; and if you’re a fan of TV’s Black Mirror, you’re sure to be gripped by The Feed as it definitely taps into the unease about the modern world, specifically our addiction to technology.

To put bluntly the Feed is an advanced social media; one that practically the whole human race is addicted to. It directly connects with our brains; so much so that essentially it stores all our knowledge, memories and dreams. Without the Feed, we struggle to communicate and read people’s emotions.

The book opens with Kate’s frenetic narrative as she attempts to have a relaxing evening with her husband Tom with their feeds off. Yet the anxiety Kate feels without her feed is palpable as she has two hundred million followers that give her a sense of validation: “One hundred and thirty-seven million people ‘liked’ it, though I doubt they actually did.” Without her feed Kate experiences an unconnected stillness that feels deeply unnatural. This impacts on her physically:

“My brain-itch, I’m suddenly aware, is now unbearable. It’s making my fingers flex and clench. My mouth is super-dry. I could be checking my poll. I could be surfing newspools for developments.”

Windo also portrays how false social media can be and how it filters reality to present false perfection:

“He has a tiny quickcode tattooed above his eyebrow, shaped like an eagle, instantly scannable and ready to enhance my world, and I wonder: what would I see if I turned on my Feed? What skin does he have set? He’s pale, so maybe these girls just saw him with a tan. His teeth aren’t even, but maybe to them he has a perfect smile. Or maybe he’s set himself to look like someone famous. Turning off the Feed is like drawing back a veil. It might not be as pretty, but it’s real.” 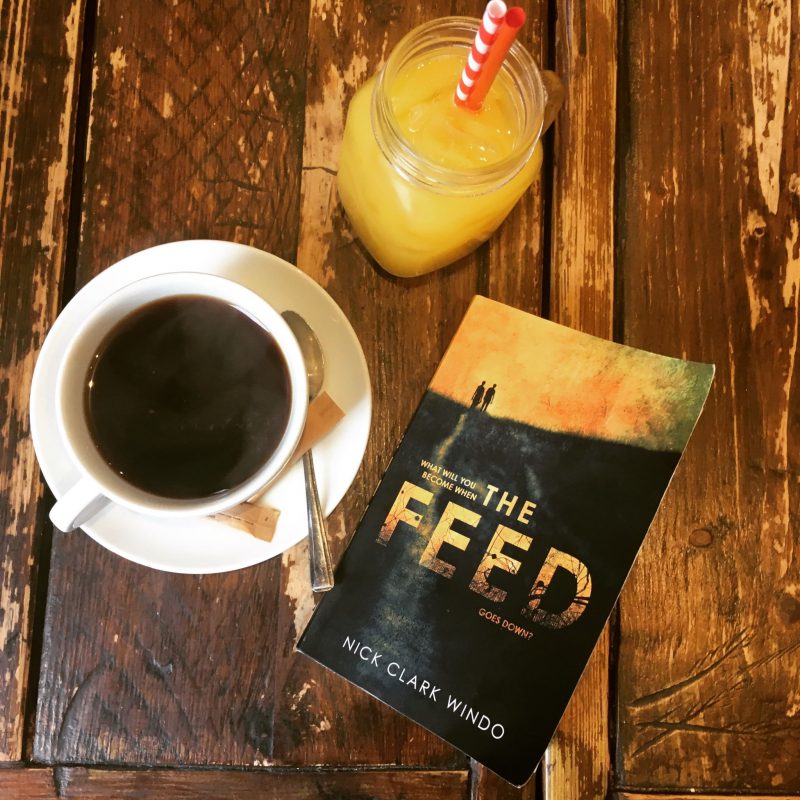 The  opening chapter of the novel exposes how reliant humanity is to the Feed, so what happens when the Feed collapses?

The story suddenly moves on six years and Kate and Tom have survived the ‘collapse’, along with a few other people. However essentially the world has ended; Kate and Tom are subsistence living with their daughter Bee who has never experienced the Feed; communities have been destroyed and millions of people are now dead. The world is almost desolate and those that have survived struggle to communicate using basic language or interpret each others feelings.

However the most frightening thing of all is that when they sleep, they are at risk of being Taken. The Feed has left them vulnerable, with the risk of their minds being hacked by something unknown. The result is that their physical bodies are used as hosts for this unknown living force, but their minds are Taken and they are essentially dead.

I did like this novel; I think it has important messages for us all. However I did find it hard to follow at times and felt the story sometimes lost its way. But it came back and I found myself gripped by the plot. It has a twist and even though I found the characters complex and frustrating, I was really rooting for them.

When I met Nick Clark Windo (who is absolutely lovely) at the New Voices 2018 event last week I asked him to describe The Feed in three words. He replied ‘dark and hopeful‘ which I agree with. He also said that technology is advancing so quickly, but yet there is no debate about it. I think The Feed opens that debate, hence this a book that we all must read.

Thank you Nick Clark Windo for bringing us this brave, chilling new novel; and thank you Headline Publishing for inviting me to the New Voices book tour. I loved meeting all the new and exciting authors and I can’t wait to read and review their novels.