Set in the African landscape, Fire on the Mountain is a novel about identity and finding yourself. It centres around the character Nick, an NGO worker who finds himself in a nameless African city. Emotionally lost, Nick turns up at the home of a colleague’s aunt and uncle, Pieter and Sara who reluctantly welcome him in to stay with them.

It is clear from reading this novel that the author Jean McNeil has a great knowledge and love for Africa. I did wonder if Nick’s judgement of Pieter and Sara were reflections of her own thinking, especially as the novel does explore the politics of the nameless African country. 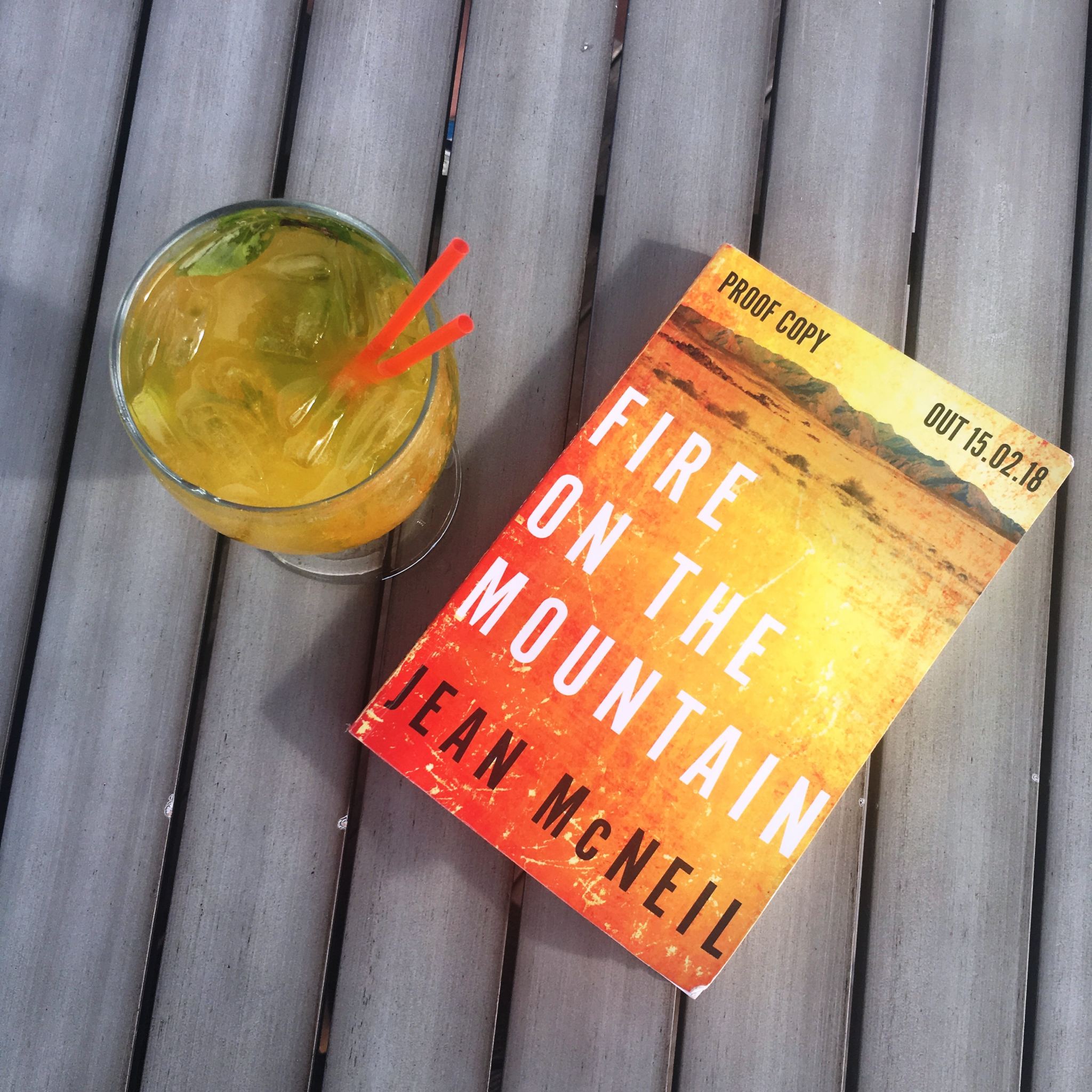 The entrance of Pieter and Sara’s son Riaan to the novel moves the story along. Nick and Riaan find themselves attracted to each other which they both struggle to understand. When Riaan invites Nick to spend time with him in the desolate African bush, there is a sense that something is going to happen. The anticipation is intensified through the use of McNeil’s vivid imagery of the African landscape which seems to symbolise the characters inner turmoil and feelings for each other.

Although Nick is the central character, this is also a novel about Riaan and Pieter and the complex relationships that all male characters have with each other. Sara always remained on the fringes of the story which I found interesting.

Nick is running away from something which is gradually revealed through interspersed chapters scattered throughout the novel. He is a complex character and when snapshots of his back story were revealed, I did get flickers of sympathy for him. However on the whole I found Nick and the other characters in the book distant which was frustrating and meant I struggled to emotionally invest in them.

I did enjoy this novel but I did want to explore the characters more which I felt unable to do. I found the narrative aloof and detached, hence I found it difficult to empathise with the characters which disappointed me. However as I write this review I do think I will come back to Fire On The Mountain and re-read it as I think I will get a lot more from it second time around.

Thank you Legend Press for sending me an advanced copy of Fire On The Mountain in return for an honest review. Thank you also for inviting Novel Delights to take part in the blog tour.

This is my review of Fire On The Mountain. If you are intrigued by this novel and want to read the reviews of my fellow book bloggers too, please take a look below at the blog tour.

Publication date of Fire On The Mountain: 15 February 2018.